INJURIES ON THE JOB

Taking into consideration the data made available by the fiscal physicians, it is estimated that in Italy every year, false sick leave absences reppresent about 20% of total absences. The cost for the cover of sick leaves for Italian companies to INPS is roughly 2 billion euros each year, meaning that the “fake” sick leaves cost tax payers almost 400 million a year. Intellego, offers a rapid response on the territory to acquire proof of fake sick leaves. The evidence obtained may be used in front of the autorities or in a trial and may result in the dismissal of the employee for just cause. Injuries on the job.

Workers absent from work due to injury cannot be subject to a viscal check-up just like in the case for diseases. Intellego intervenes to verify any misconduct or abuse of such. The evidence collected may be valid grounds for a dismissal.

The phenomenon of false sick leaves tends to affect efficiency and productivity within an organization. Injuries on the job. It is estimated that the lack of efficiency has cost private companies 8% and public ones almost 15%.

During the 2015/2016 year, Intelligo investigations in fake false leaves have shown how almost 87% of cases reported some kind of misconduct, 93% conduct activities that compromise their recovery, 14% fakes being ill to conduct other jobs. 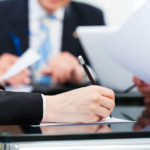