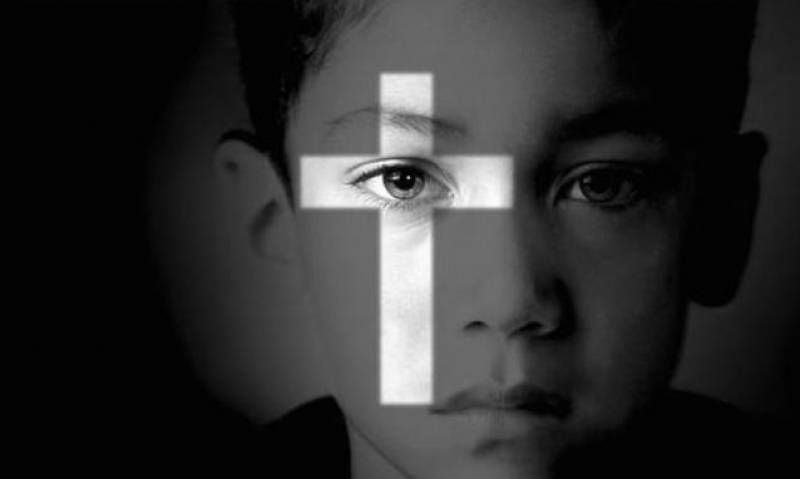 Children forced to have sex and filmed by the priest

Child sexual Abuse, group reports movies with smartphones and rough photos exchanged in chat: These are some of the accusations from which Giovanni Trotta, a former priest of 56 years and former coach of a young team in the province of Foggia, will be defended. “Don Gianni”, as everyone knew him (the man had been reduced to the lay state, but still presented himself as a “priest”), was arrested this morning with an ordinance of custody validated by the magistrate of Bari at the request of the PM Simona Philo. Children forced to have sex and filmed by the priest

The accusations are heavy: The suspect is accused of aggravated sexual assault and continued to the damage of children aged between twelve and thirteen years, who had been ‘ entrusted ‘ as coach of a football team, as well as their lecturer of private lessons. The crimes would have been committed to Pietramontecorvino and Casalnuovo Monterotaro in 2014.

The crimes committed at his home – the arrested one consumed sexual abuse within his home, where the minors went for the school; Here the man, abusing their conditions of physical and psychic inferiority and strong of the ascendant he had on children, induced them to perform and undergo sexual acts, consumed individually or in a group; Induction that strengthened bragging his quality as a priest, calling Don Gianni, as well as promising to make them play computers and various games, or exploiting the social network Facebook, on which he credited as “friend of friends”, sending them thousands of chat, almost all from erotic content and child pornography.

Child pornography videos – sometimes the former priest forced the victims to film their “Encounters” with a mobile phone or a video camera. The videos, made on a mezzanine at the former priest’s house, were distributed and disclosed by Giovanni Trotta to the same victims, with the sole purpose of competing with each other and insinuating in their curiosity of a sexual nature, or other subjects, all underage.

The shock photos on the PC – Don Gianni was also active on the net, land suitable to lure minors: in his chats the investigators found dialogues from pornographic content and child pornography, started despite being aware of the age of the victims, who asked to send photos of the genital organs and to which he sent photographs depicting him naked, on the bed, with the genital organ in erection.

The measure of the church – yet the parents of the victims trusted “Don Gianni”: He, on the other hand, never revealed that he had been reduced to the lay state by a measure of 2012 for reasons related to the commission of Delicta Contra sextum Decalogi praeceptums minoribus. The man in a nutshell had been dispensed with the state of sacred celibacy and priestly burdens.

The removal of the football company – on November 11, 2014 the same football club of the Monti Dauni, before the home search placed on the 21st of the same month, he had moved away for “behaviour contrary to the principles and values which the society is inspired”, without any complaint.
From 4 April 2015 ‘ Don Gianni ‘ is in a protective custody stage for similar crimes against another minor. Under the first trial, Giovanni Trotta will be judged with abbreviated rite on 14 July. Source ”Rete l’abuso onlus”
Previous Post A 46-year-old man had on the smartphone many files of babies, arrested! Next Post Pokemon go, Danger priming and pedophilia
Menu
Utilizziamo i cookie per essere sicuri che tu possa avere la migliore esperienza sul nostro sito. Proseguendo nella navigazione accetti le norme generali.OkLeggi di più